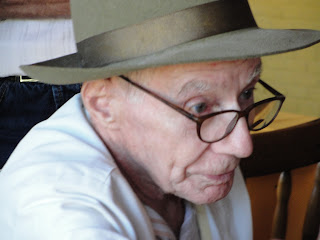 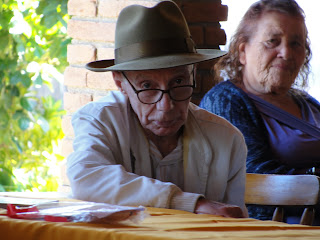 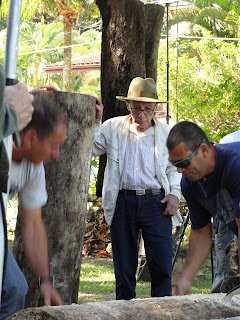 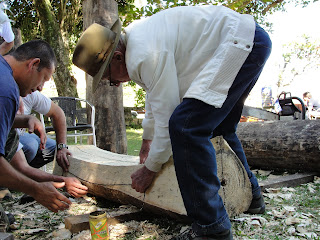 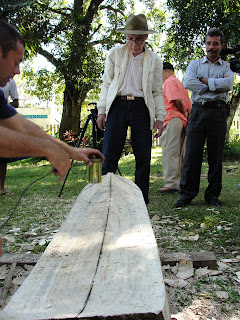 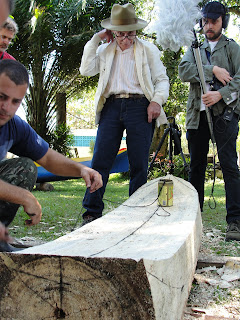 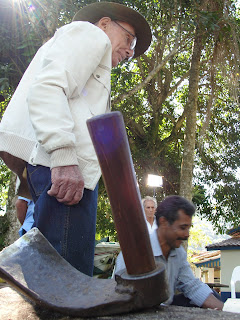 For the Caiçaras, environmental laws in Brazil at odds with tradition

Top-down policies to protect the Atlantic Forest are threatening the existence of the Caiçaras, a traditional community that extends over coastal Brazil.
BY IGNACIO AMIGO ON 25 APRIL 2018
Mongabay Series: Endangered Environmentalists, Global Forests.
Link original: https://news.mongabay.com/2018/04/for-the-caicaras-environmental-laws-in-brazil-at-odds-with-tradition/


Parallel to the coast and the mountain range, , the BR-101 roadway leaves magnificent beaches on one side and thick, dense vegetation on the other. In this scenario of sea and forest, an early mix of European settlers, Africans slaves and indigenous people gave place to a population known as the Caiçaras, who until recently lived here in relative isolation, subsisting on fishing and farming. Things started to change in the 1970’s with the opening of the BR-101, which paved the way for the arrival of mass tourism and real estate speculators.

During the early days, many Caiçaras were expelled from their lands or forced to sell them on the cheap.

Since then, the human impact on the region has rapidly increased, and in the last decades new regulations have been created to protect the region’s impressive biodiversity. However, the creation of these new protected areas did not take into account the particularities of the people who lived there.

Juninho Caiçara, a member of the Traditional Communities Forum and Caiçara activist, illustrates this with an example involving the traditional itinerant agriculture that was practiced in the region. In this type of agriculture, a plot of land is planted for a few years and when the soil is exhausted the farmer moves into another area, leaving the plot to restore its natural vegetation. However, according to environmental regulations, native vegetation cannot be cleared.

“The only way to keep the land for agriculture is by keeping it clear,” says Juninho. “But if you do that, the soil doesn’t recover. It’s an anti-ecological law!”

Juninho stresses that this kind of agriculture is very similar to agroforestry, with different types of plants, roots and trees in the same plot. “If you see it at a distance you may think is just another patch of forest,” he explained.

A similar problem affects the construction of the Caiçara traditional canoes, which they use on their fishing expeditions. Their unique design evolved from the original Tupinambá canoe as it incorporated elements from European cultures. The canoes and the way they are crafted are in the process of being certified as part of the Intangible Cultural Heritage of Brazilian culture. However, getting the wood needed to build the canoes is becoming increasingly harder.

“When we build a canoe, we use an old tree whose offspring are under the canopy, waiting to see the light and become what the old tree was,” explains Juninho. “These are trees that have completed their life cycle, that have fed many animals, that have fertilized the soil. Sometimes they are about to die and sometimes they are already dead.”
Juninho learned how to build canoes from his father and grandfather, and he is now passing on that knowledge to his son. Access to the tradition for the next generation is shaky, though.

But according to many Caiçaras, getting permission to use the wood, even if the tree has fallen by natural means, is a bureaucratic nightmare.


Top-down policies
Alpina Begossi is a researcher from the University of Campinas who has been studying Caiçara populations for more than 30 years. Begossi says that top-down policies and authoritarian decisions are to blame for the current predicament.

Some of these restrictions and regulations that affect the planting of cassava (Manihot esculenta), a plant whose tuber is a staple in Brazilian diet. Research has shown that the Caiçara management is responsible for the development of about 50 different cassava strains. This diversity is a safeguard for farmers, as it provides them with different breeds to choose to face changing environmental conditions.

“When an environmental agency comes, and without a word simply prohibits planting cassava, it is not only impacting the food of a low-income population, it is also affecting [the region’s] biological diversity,” says Begossi.
Many believe that traditional knowledge is being overlooked by the environmental agencies, despite the fact that these populations have been living in the region for centuries.

“This land contains what is left of the Atlantic Forest. If we didn’t know how to manage it, it wouldn’t be there,” reasons Juninho. “This is where the colonization of Brazil started.”

By having their way of life hampered, Caiçaras feel their own cultural existence is being threatened. Mario Gato, director of the Caiçara Museum of Ubatuba, points out that many of the traditional words with which Caiçaras described their natural world are rapidly disappearing.

Words such as these – some of Tupi origin, others with roots in Africa or Europe – reflect the mixed origin of the Caiçaras and their traditions. In fact, adopting and adapting elements from other cultures is one of their most salient features. For example, the Caiçara traditional music, called fandango, takes its name – and probably its origin – from a Spanish and Portuguese dance, but has evolved into something different and unique.


Other traditions at risk
Joel Teixeira had been fishing in the vicinity of Anchieta Island for more than 40 years, when suddenly one day he was told he could not do it anymore. That same week, Teixeira appealed to the courts and a judge ruled in his favor, giving him permission to continue his activity. The judge considered that, since Teixeira was an artisanal fisherman who relied on fishing for his subsistence, the prohibition could cause him “losses difficult to repair.” Despite this, just a few days later, Teixeira’s fishing gear was seized and he now faces charges for fishing in an environmentally protected area.

Teixeira’s story was related by Betum, another fisherman from the region who also runs a bar in the beautiful beach of Prumirim, 12 miles (20 km) from the center of Ubatuba, in the state of São Paulo.

“If they keep this way, in 20 years there won’t be anything left from our tradition,” Betum said.

The equipment used by Teixeira and other fishermen to catch their fish is a trap called ‘floating fence’, which was introduced in the region a century ago by Japanese immigrants.

In the last years, Gato and other Caiçaras have strengthened their ties to protect what is left of their tradition, and they regularly organize events to promote the Caiçara culture. Through organizations such as the Traditional Communities Forum, they are expanding their presence in the political arena, and increasing their agency in the negotiations of the issues that concern them.


Success stories
Is it possible to protect the environment while allowing local communities to prosper? Juninho Caiçara certainly thinks so. In fact, he argues that one cannot exist without the other.

“There is no environmental protection if there is not a socio-environmental approach,” Juninho says. “Traditional communities, with their ancestral practices, are a guarantee of environmental conservation.”
Begossi also believes that Caiçara populations could play an important role in the preservation of the region’s biodiversity. She has previously suggested that artisanal fishermen – such as Teixeira and Betum – could have exclusive rights for fishing in some places in exchange for tasks such as monitoring fish stocks. The fishermen could also receive payments for ecosystem services as a compensation for not fishing during specific periods.

But things don’t need to be created from scratch and there are already some success examples of peaceful and fruitful coexistence of traditional population in protected areas in Brazil. Begossi cites the Sustainable Development Reserve of Mamirauá, in the Amazon basin, were local populations, scientists and the government joined efforts to ensure that everyone’s best interests were considered in the creation of the reserve. According to her, a similar model could be followed in the Caiçara territory.

“What’s surprising is how remote places in the Amazon have ended up being much more successful in terms of conservation and community organization than the Caiçaras, who are between Rio and São Paulo,” Begossi said. “It’s unbelievable.”


The other side
Environmental regulations depend on different administrative spheres. We contacted by e-mail the Secretariat of Extractivism and Rural Sustainable Development from the Ministry of the Environment, but didn’t obtain a reply.

The department in charge of the protected areas of the State of São Paulo, the Forest Foundation, answered our queries by e-mail. They stressed that the environmental laws exist “to guarantee the protection of natural resources, such as drinking water, biodiversity, dynamic balance and the slope stability, among others.”

About the difficulties faced by the Caiçaras to find wood for their canoes, the Forest Foundation states that the government is “working on the creation of a new regulation to simplify the procedures to obtain woods for the specific purpose of building canoes.”

Regarding the shifting agriculture, they note that “there are different laws that affect the native vegetation and protected areas, and all of them include the possibility of use as well as restrictions. The resolution SMA 27/2010, for example, establishes procedures and simplifies the licensing.”

That same resolution also applies to the cassava plantations. In this regard, according to the agency, “There are no prohibitions, but regulations. Traditional communities can plant, as long as they fulfill the requirements of the SMA 27/2010.”

However, the note states that in the specific case of Anchieta Island, a federal legislation prohibits all fishing in the area, except for scientific purposes. The restriction is related to the area’s status as a marine protected area .

Banner image: The traditional Caiçara canoe is in the process of becoming part of the Intangible Cultural Heritage of Brazilian culture. But building the canoes is becoming increasingly difficult due to bureaucratic setbacks to obtain the wood. Courtesy personal collection of Mario Gato and Ana Carolina Barbosa.

Ignacio Amigo is a freelance journalist based in São Paulo, Brazil. You can find him on Twitter at @IgnacioAmigoH.
Postado por Peter Santos Németh - O Alemão às 04:32 Nenhum comentário:

CAIÇARA – A luta do Velho Pescador